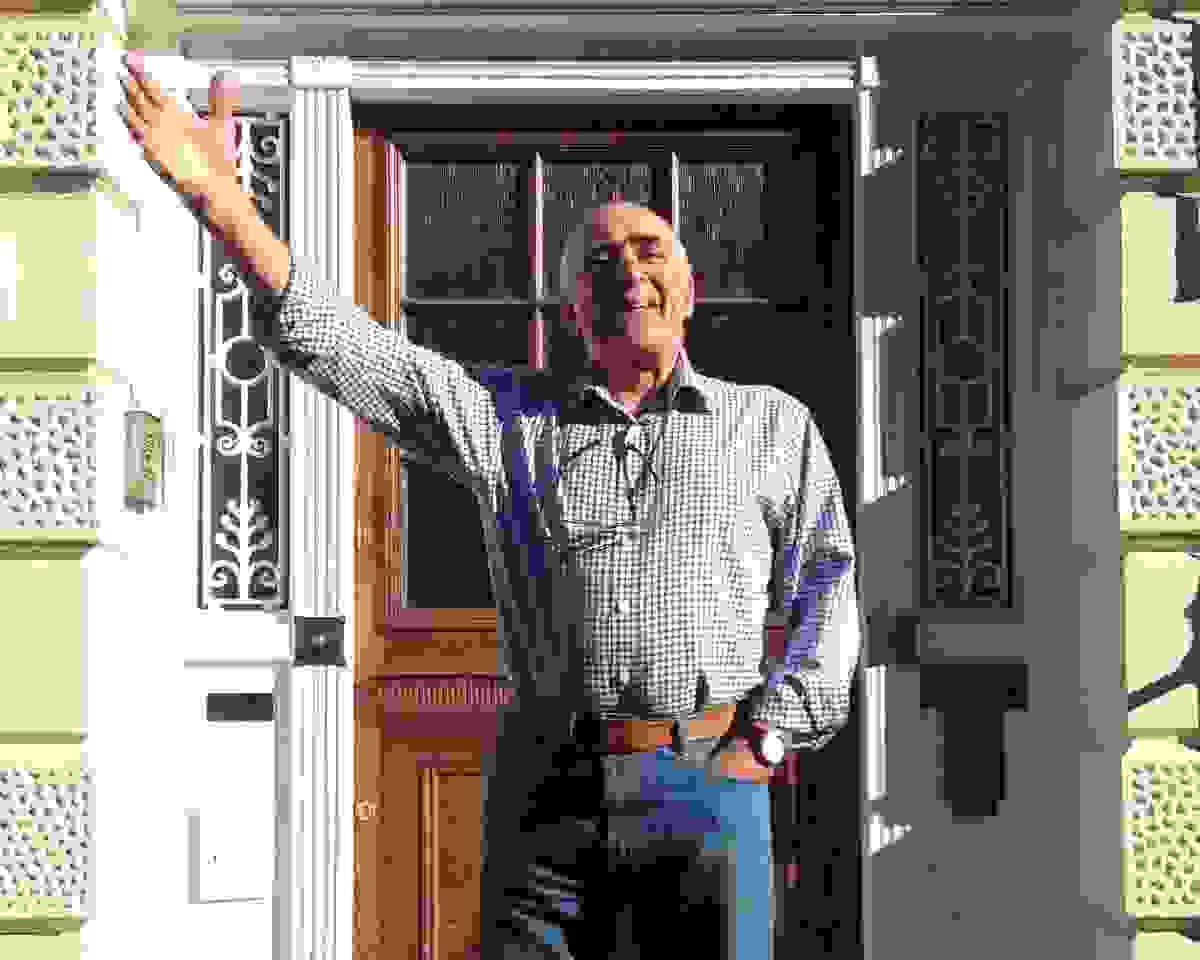 Barrie Savory is one of the UK’s most experienced and distinguished exponents of his profession.  He is widely regarded as the eminence grise of osteopathy.

Born in 1939, he grew up in North London, the son of a chiropractor, Morland Savory.  His father, having been successfully treated for asthma as a child by one of the first chiropractors to practise in the UK, decided that chiropractic was the career he would follow.

Barrie Savory saw this manual profession all through his childhood, too, and this influenced him towards his lifetime’s career as an osteopath.

He was educated at the City of London School until 1958 and then studied at the British School of Osteopathy in 1961, graduating from there in 1964.  He has been in practice in Central London for the past fifty-six years.

Simultaneously, whilst practising as an osteopath, Barrie Savory has had a distinguished career in teaching, having been a past Principal of the European School of Osteopathy and the Directeur of the Ecole Européene d’Ostéopathie.

Over the years, he has taught throughout Europe; and also, in India, the USA and Iran.  He continues to teach postgraduate seminars in Germany, Italy and Spain.

In 1966, Barrie Savory started teaching (in french) at the Ecole Francaise d’Ostheopathie, a seminar school in London for graduate french-speaking physiotherapists.  This school was later re-named Ecole Européene d’Ostéopathie (EEO) by its co-founders osteopath Tom Dummer and his then wife, Margery, later Bloomfield.  They moved the school to Maidstone, Kent and in 1974 a four-year full-time course was started, this time for English- speaking students under the title European School of Osteopathy (ESO).

Barrie Savory continued to lecture at the school and, in 1989, he was appointed Principal, eventually relinquishing the post when the school became a degree course and needed a full-time Principal.

To this day the ESO is one of the most respected schools in the U.K. and Europe – many schools in Europe look upon it as the Mother School and regularly have special seminars there.

By the middle of the 1990s, schools were beginning to develop in France and across Europe in general, so that Barrie Savory continued to be a highly sought-after teacher in France, Belgium, Spain, Portugal, Germany, Italy, Austria, Russia and Switzerland.

The School in Catania, Sicily has a dedicated room in the name of Barrie Savory in recognition of his contribution to European Osteopathy.

Fifteen years ago, Barrie had his highly acclaimed book The Good Back Guide published by Random House.  This book simply and practically outlines the problems that we face in everyday life and gives easy self-help solutions to cope with our acquired musculo-skeletal discomforts.  This self-help book reflects Barrie’s ability to communicate with patients and to give them an understanding of their problems, their cause and their solutions.

Although Barrie has had a high-profile clientele over the years, with the cover page of his book featuring Sean Connery and with a foreword from HRH The Duke of York.  He has always made everyone feel important – be they members of the Royal Family, four Prime Ministers (and a Prime Minister’s husband), a couple of Foreign Secretaries, numerous other members of the House of Lords and MPs, several James Bonds, half a dozen Oscar winners; Olympic Gold Medal athletes, World Record holders or those of more modest circumstances.

All have been treated with the same skill and enthusiasm that he produces daily at 69 Harley Street.

In the 1980s and 1990s Barrie Savory took on work with a charitable organisation operating in up-state New York and in India, the Syda Foundation.  In up-state New York he was asked to instigate a preventative medical project for the group of children whose parents worked for the charity.

In India, he undertook work in mobile field hospitals working in remote Indian villages and would treat a multitude of structural and physiological issues that were hampering their health.

In 1991, Barrie helped to set up the Osteopathic Centre for Children.  He secured a £250,000 donation to buy 109 Harley Street together with £1 million from the Princess Diana Memorial Fund (who was due to launch the Sweetpea Appeal the day after she died).  As a founder trustee of the OCC, Barrie would spend time treating young children with autism and childhood disabilities.

Barrie has featured on television, radio and in numerous papers and magazines and still has – at the age of eighty-one – the unfettered enthusiasm to continue to help patients within his chosen profession.  He is now regarded as the wise man of osteopathy, able to bring to the present day a vast knowledge of technical skills and a wealth of clinical experience not easily found in the teaching faculty of the undergraduate schools.

His special interest is still how we cope with living in our modern world.  He postulates that we have become the only animal not to have evolved by adapting to the environment.  We, instead, have uniquely created the environment in which we now live, but sadly have not yet adapted to live in harmony within it.  We have become the painful victim of the computer, the office desk and our over-soft lifestyle.

Barrie lives in an old house in Denham Village, Buckinghamshire with his wife where there are frequent visits from their four children, their grandchildren and two dogs.

In his brief moments of leisure, he attempts to play golf and still dreams of lowering his handicap.

A series of self-help videos